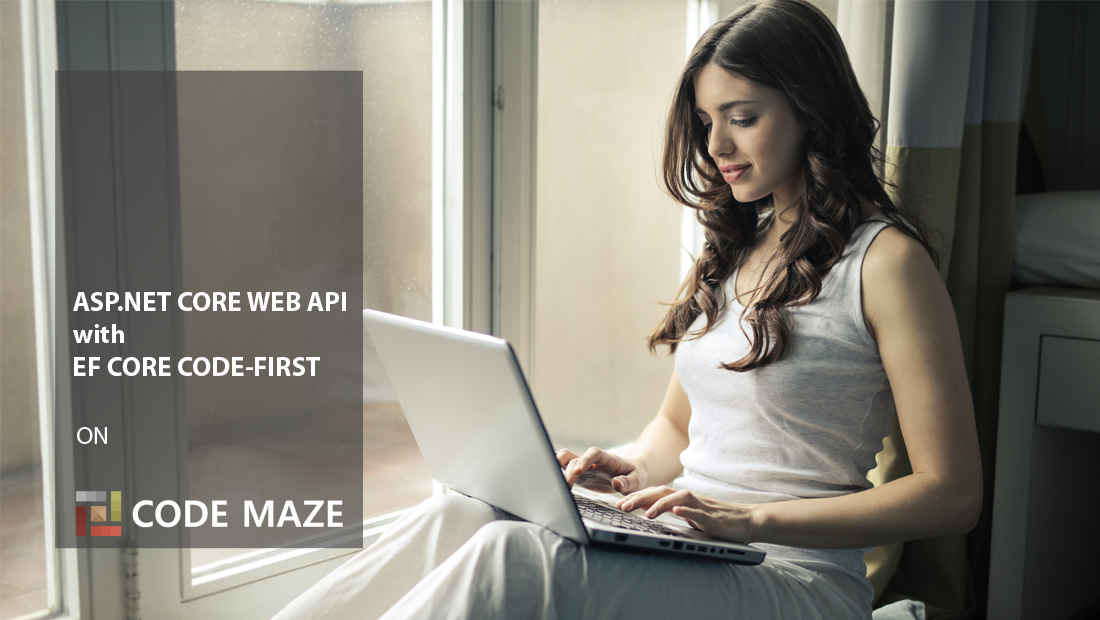 In the EF Core Code-First approach, we have full control over the code and the database is just a store without any logic. This approach is helpful in situations where we are starting with the development of a new project and we don’t have a clear picture of how our database should look like yet.

We don’t have to worry about creating and updating the database. We can just make the changes in our code and then sync everything easily with the database. The important thing to note is that the manual changes that we make to the database could be lost during migration. So we should make changes to the code only.

The source code for this blog post can be found on this Github repo.

Let’s have a look at how to create a .NET Core Web API application with the EF Core Code-First approach.

The article is divided into the following sections:

The article linked above covers a lot of additional topics. You may go through the entire article if you want to, but the section linked above is quite enough to follow along with this article.

Once we have set up the project, the next step is to set up the EF Core.

Following are the steps for configuring the EF Core:

First, let’s define the model. We will start by creating a folderModels within the root of the application.

The code above defines the classEmployee with some properties. Additionally, we have decorated the EmployeeId property with Key and DatabaseGenerated attributes. We did this because we will be converting this class into a database table and the columnEmployeeId will serve as our primary key with the auto-incremented identity.

As the next step, let’s create a context class, define database connection and register the context. The process is explained in detail in one of our other articles: Context Class and the Database Connection

and let’s define the database connection in the appsettings.json file as:

Of course, modify the ConnectionStringproperty to match with that of ours.

Then let’s install the Microsoft.EntityFrameworkCore.SqlServer package and register our context in the Startup.cs:

Our next step is to add Code-First Migrations. Migrations automate the creation of database based on our Model. The EF Core packages required for migration will be added with .NET Core project setup.

Let’s install the Microsoft.EntityFrameworkCore.Tools package and run the following command in the Package Manager console:

This will create the classes for supporting migrations.

Now let’s apply those changes to the database.

This will update the database based on our models.

We can see the database EmployeeDBis created with a table Employeeswhich contains the columns based on the fields we defined in our model.

Each time we make changes to our entities and do a migration, we can see new migration files created in our solution and new entries in the table__EFMigrationsHistory.

When using the EF Core Code-First approach the best practice is to make all modifications to the database through the model and then update the database by doing the migration. Ideally, we should not make any manual changes to the database.

With that, the EF Core setup is complete.

Data seeding allows us to provide initial data during the creation of a database. Then, EF Core migrations will automatically determine what insert, update or delete operations need to be applied when upgrading the database to a new version of the model.

So let’s create some seed data now. For this, we need to override the OnModelCreating method in the EmployeeContext class:

Here we have provided two Employee records that will be inserted into the database as part of the migration.

This will create a new migration file in our Migrations folder and update the database with the seed data we provided:

Now the Employee table in our database will look like this:

After making changes to our EF Core model, the database schema will be out of sync. To bring it to sync with the model, let’s add another migration.

Let’s add a new property Gender in our employee model and then do a migration.

It is a good practice to give meaningful names to the migration like a commit message in a version control system. For example, if we add a new field Gender to the Employee model, we may give a name like AddEmployeeGender.

Sometimes we add a migration and then realize we need to make additional changes to our model before applying it. To remove the last migration, we can use the command:

If we already applied a migration (or several migrations) to the database but need to revert it, we can use the same command to apply migrations, but specify the name of the migration we want to roll back to.

Let’s say we already applied the migration to add the Gender column to the database by using the below command.

Now we can see the new column Gender added to the Employee table:

Now let’s say we want to revert this migration. We can use the same command by specifying the name of the previous migration:

Once this is executed, we can see that the column Gender is removed from the Employee table:

We should remove the Gender property from the Employee class as well.

The command to generate the script is:

Once we apply this command, we can see a SQL script generated with all changes related to our migrations.

If you want to learn in great detail about Entity Framework Core and many of its features, we recommend going through our Entity Framework Core series. Through the entire series, we talk about different EF Core features, from the Context classes and DbSet properties, relationships and none-relational configurations, additional migration information and querying the database. If you want, you have a place to learn a lot more about this topic.

Now that we have configured the EF Core, we need a mechanism to access the data context from our API. Directly accessing the context methods from the API controller is a bad practice and we should avoid that.

We will later inject this interface into our API Controller and API will be communicating with the data context using this interface.

Next, let’s create a concrete class that implements the interfaceIDataRepository. Let’s add a new folder under Models calledDataManager. Then let’s create a new class EmployeeManager:

The classEmployeeManager handles all database operations related to the employee. The purpose of this class is to separate the actual data operations logic from our API Controller.

This class has the following methods for supporting CRUD operations:

GetAll() – Gets all employee records from the database.

Get() – Gets a specific employee record from the database by passing an Id.

Add() – Creates a new employee record in the database.

Update() – Updates a specific employee record in the database.

Delete() – Removes a specific employee record from the database based on the Id.

As a next step, let’s configure the repository using dependency injection. This can be done in the ConfigureServices method in the Startup.cs as below:

Now that our DataManager is all set, let’s create the API Controller and create the endpoints for handling CRUD operations. We have covered this in detail in one of our other articles: Creating a .NET Core Web API Controller.

Following the above article, let’s create the EmployeeController class in the Controllersfolder as below:

That’s it. We have successfully created a Web API controller with endpoints for handling CRUD operations.

Now let’s do a quick round of testing around our API endpoints using Postman.

Next, let’s do a Get request to get all Employees. We can see the new Employee record which was created in the previous request:

Now, let’s do a Put request to test the update functionality by changing the last name:

Once again let’s do a Get request and verify that the last name has changed:

Now that we have successfully tested the API endpoints, let’s verify that the changes we made are actually persisted in the database. Let’s open the SQL Server management studio and verify that the record is created in the Employee table:

Well, that’s all for now. In this article, we have learned the following topics. 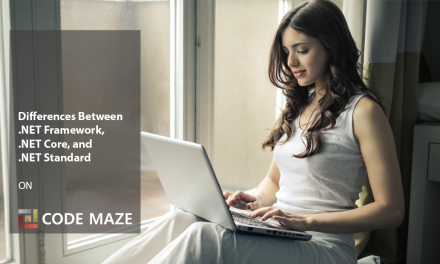 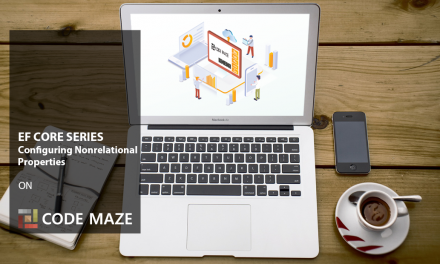 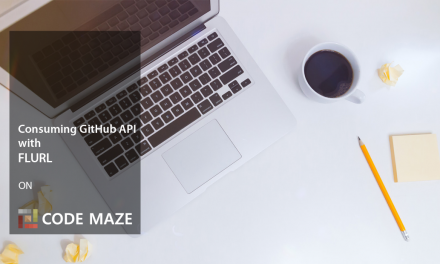 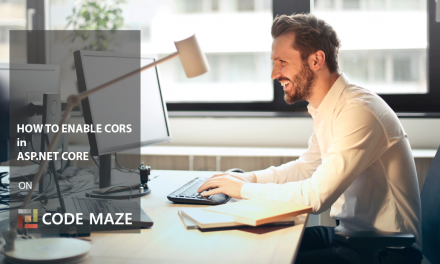