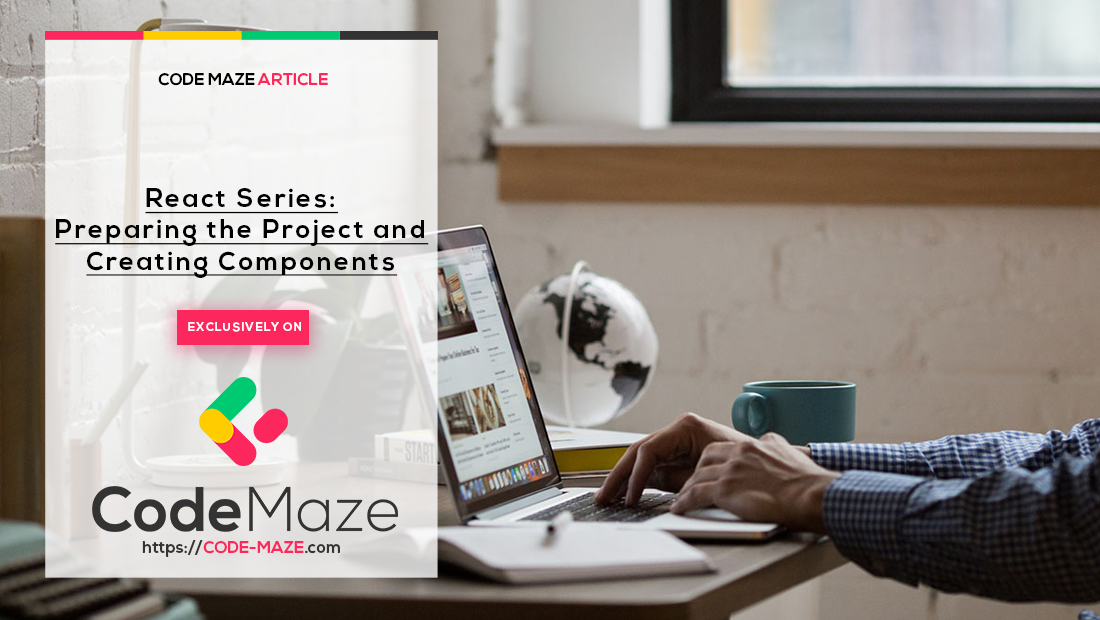 Creating the server part (.NET Core Web API part) is just half of the job we want to accomplish. From this point onwards, we are going to dive into the client side of the application to consume the Web API part and show the results to a user by using React components and many other features.

So let’s dive right into it.

To create React project, we need to execute the Create React App command which is going to create a new application. Let’s open Visual Studio Code, and in a terminal window (CTRL+`), we need to navigate to the folder we want our project in and type the command:


After some time a new project is going to be created: 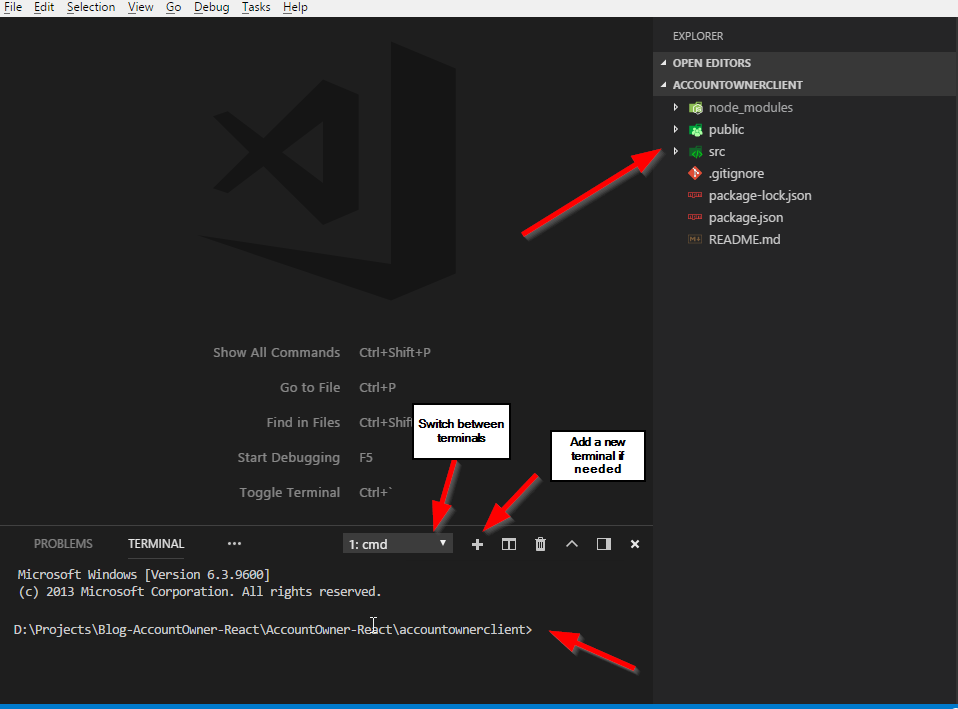 If you want to learn in more detail about the Create React App, visit this site: https://github.com/facebook/create-react-app.

We are going to use the React-Bootstrap library for styling our components, so let’s install it and import it into the project.

Type this command to install the React-Bootstrap and Bootstrap version 3 libraries:

After the installation, import the Bootstrap library inside the index.js file:


Now we can use Bootstrap in our project.

The React is a framework for creating the SPA’s (Single Page Application) applications. Therefore, we are going to create all of our pages in one page. That page is the index.html. If we take a look at that page, we are going to find this code line:


This is the place where all of our pages are going to be generated.

But how does React know to render all the pages inside that tag?

Well, if we take a look at the index.js file, we are going to find this code line:


What this means is that React will render all the components from the App component to the index.html page inside the div with id=root. This also means that App component is going to be the main component of our entire application.

So let’s talk a bit about components in React. There are two types of components:

Stateless components are much simpler than stateful components. They don’t have a lifecycle and should be used when there’s no need for the state inside our component. They have access to the props as well, but that props object is provided by React as a parameter.

Whether we use the stateful or the stateless components we must export that component to use it in any other component. 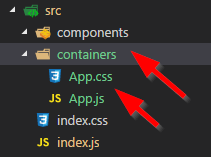 Now just modify import statement inside the index.js file and remove import for the logo.svg:

Let’s take some time to review this code. First of all, this is a stateless component (functional) and that’s because we don’t have class in here but just a function (arrow function to be more precise). Because this is not a class component we don’t need to extend Component, therefore we are not importing it at all. The Grid and a Row are React-Bootstrap components. If you are familiar with the Bootstrap library, the Grid and the Row are equivalents to the <div class=”row”> and <div class=”container”> elements.

Finally, we are exporting this component. This type of export is called the default export.


Execute the npm start command in our terminal and we should be able to see our page on the localhost:3000 (not a pretty page but it is a start 🙂 ) :

We are going to continue with the Home component. So, let’s create a folder structure for this component first:


Then we need to modify the Home.css file:

When we save all of our files, the page on the localhost:3000 should look like this:

At this point, we have a working component and a React application that we can run in our browser. But it is just a beginning. We have a long way ahead of us because there are still a lot of important React features to introduce to the project.

Thank you for reading the article and I hope you found something useful in it.

In the next part of the series, we are going to learn how to create navigation in the project and also how to use routing.