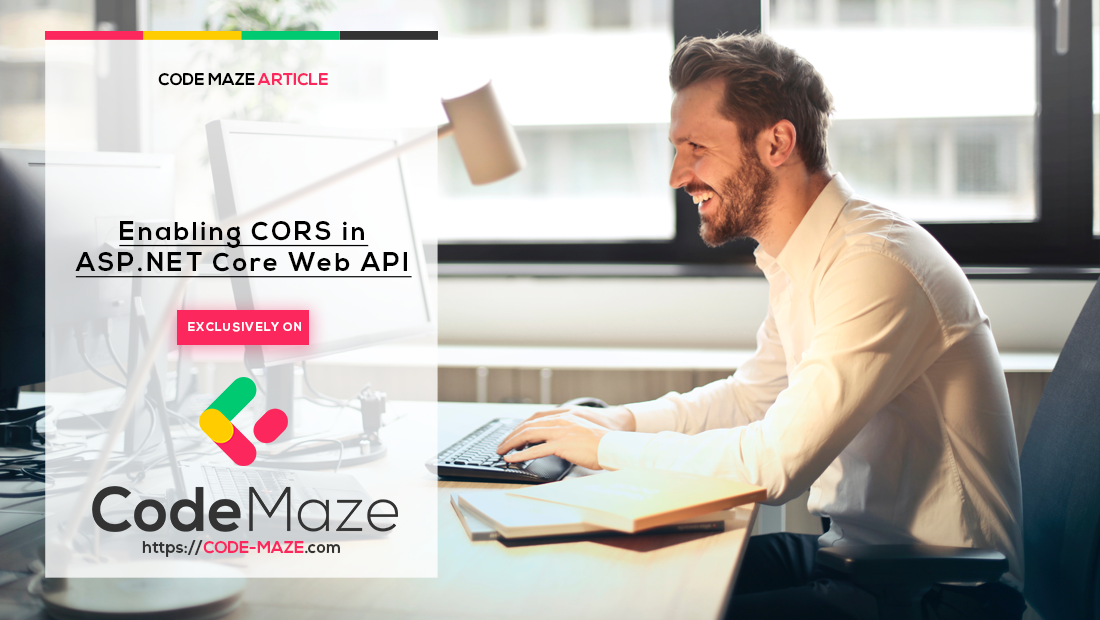 In this post, we are going to talk about enabling CORS in ASP.NET Core Web Applications.

You can find the source code for this blog post on GitHub.

Before we understand how to enable CORS in ASP.NET Core applications, we need to understand an important concept in the web application security model called the Same-Origin policy.

About Same-Origin and What it Means

Two URLs are considered to have the same origin if they have the same URL scheme (HTTP or HTTPS), same hostname (domain name) and same port number (the endpoint at which applications talk to each other).

The Same-origin policy states that a Web browser will only allow communication between two URLs if they belong to the same origin. That is, the client app (https://example.com) cannot communicate with the server app (https://example.net) as they belong to a different origin. This policy exists to isolate potentially malicious scripts from harming other documents on the web.

Let’s come to the core of the article.

But there are some cases where Cross-Domain scripting is desired and the idea of the open web makes it compelling.

Cross-Origin Resource Sharing is a mechanism to bypass the Same-Origin policy of a Web browser. Specifically, a server app uses additional HTTP headers to tell a browser that it is fine to load documents (from its origin) in a few selected client apps (of different origin).

How Does CORS Work?

In this section, let’s learn how CORS works at the level of HTTP messages.

All modern browsers set the Origin header automatically, which indicates the domain of the site is making the request.

If the server allows Cross-origin requests from the Origin (https://example.com), it sets the Access-Control-Allow-Origin header with its value matching the origin header’s value from the request.

In another way, if the server doesn’t include this header, the request fails. The browser shall receive the response data, but this data shall not be accessible to the client.

This diagram illustrates such a scenario:

Enough of the theory. Let’s get to the action.

Additional read: You can see the CORS in action with .NET Core and Angular projects by reading the .NET Core tutorial.

In Visual Studio, let’s create an MVC project. This will be our server app: 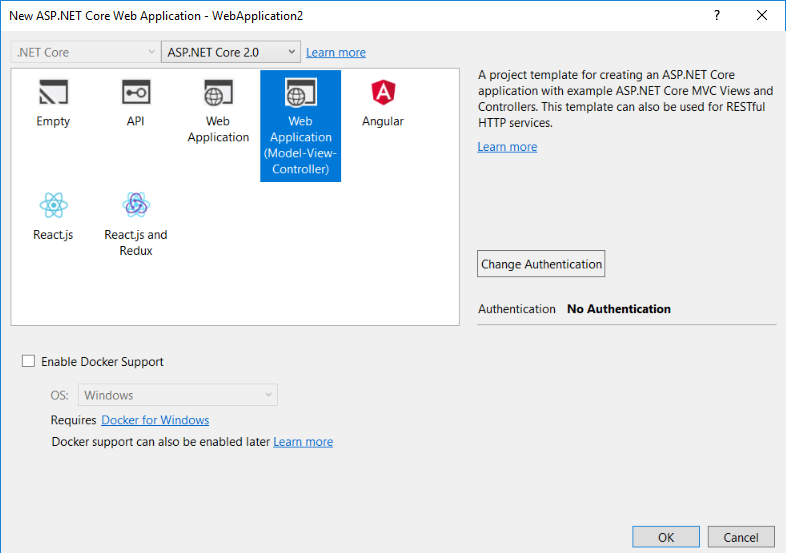 If you are new to Azure deployment, then check out this article. You can also get a free Azure account here.

Once the project is created, let’s deploy it to Azure Web App: 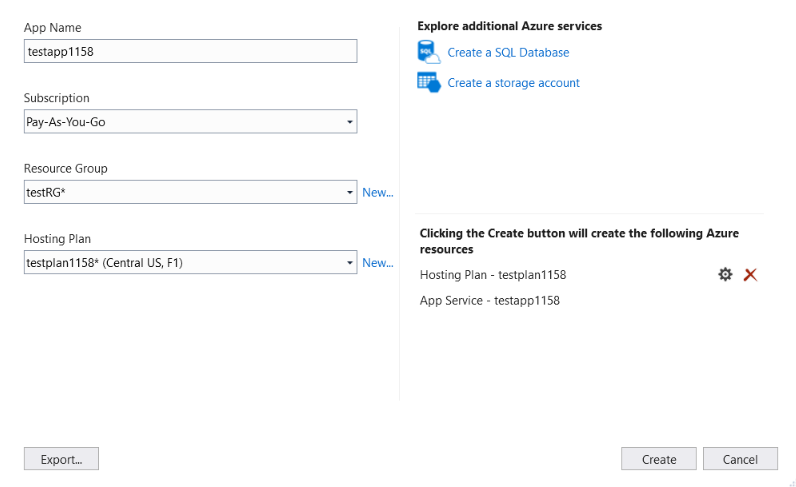 After deployment, the server app is hosted at testapp1158.azurewebsites.net: 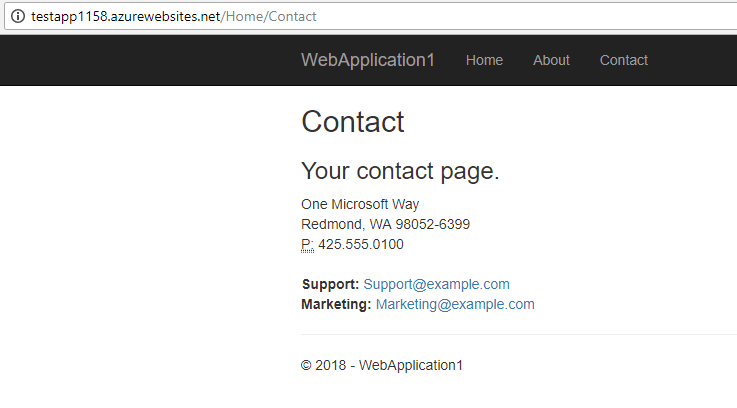 Next, let’s create a Client app. Again, we are going to create another ASP.NET Core MVC project, which runs locally. We have both a client and the server app running and they belong to different origins.

To make cross-origin requests, let’s go to Solution Explorer, navigate to Views -> Home -> Index.html. Let’s go to the bottom of the document and add the following piece of code:

This markup creates a button and, when the user clicks the button, it calls a function.

Just below the markup, let’s create a script tag with the code that makes an ajax request to the server app when the user clicks the button:

So, if we navigate to the client app running locally and click the Try button, we should see an error:

Okay! Let’s get to the best part.

Now that we have seen the Same-Origin policy in action, let’s enable CORS.

There are 3 steps to enable CORS in a server app:

Let’s save our Server app and re-publish it to the App Service. Now let’s open the client app and click the Try button. We should see an HTML document retrieved from the server app:

Congratulations! We have successfully enabled CORS.

Okay, but that’s not all. Let us show you a few more tricks.

If we only want to allow CORS requests to a selected few methods, instead of enabling CORS at the entire application level, we can also enable CORS at the controller level or at the action level.

So to enable CORS at the Action level, let’s replace the code we added previously in the ConfigureServices method with:

This method defines a named CORS policy called,AllowOrigin that allows cross-origin requests from our client app. And now, instead of specifying CORS middleware in the HTTP request pipeline in theConfiguremethod , we are going to select this policy at runtime at the Action level.

So, in our server app, let’s go to Controllers -> HomeController.cs and add the EnableCors decorator to the Index method:

Let’s save the project and deploy the server app to Azure again.

In the client app, in the Index.cshtml file, let’s update the serviceURL in the script section:

Now, if we run the project without debugging, we should still see the output:

But, if we update the serviceUrl in a client app to access any other method in Home Controller in the server app, we should see an error output. The updated serviceURL:

shall give the expected output as:

Similarly, we can do this per controller as well.

It’s not over. More power to you.

In ASP.NET Core, we can use various options to customize our CORS policy.

For example, to only allow GET methods on our resource, let’s use the WithMethods method when we define the CORS policy:

If we need to allow any origin to access the resource, let’s use AllowAnyOrigin instead of WithOrigins:

And ASP.NET Core provides several tools to customize what kind of requests we would like to allow.

In conclusion, think of CORS as a relaxation attempt to the more restrictive Same-Origin policy. On the one side, there is a growing need for security on the web. And on the other, there is a need to integrate web services. CORS provides rich tools for our need for an open and secure web and ASP.NET Core allows us to take advantage of CORS in our cross-platform web applications. 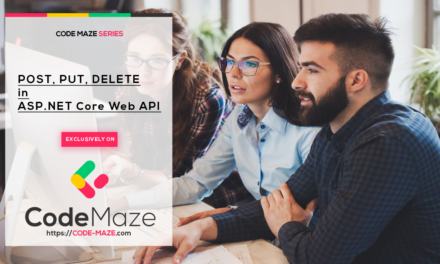 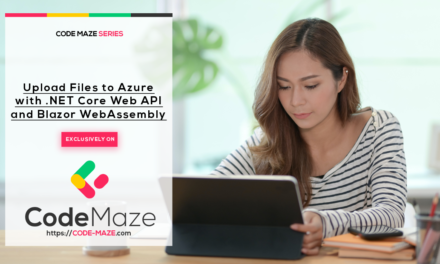 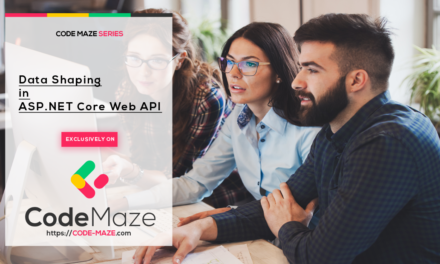 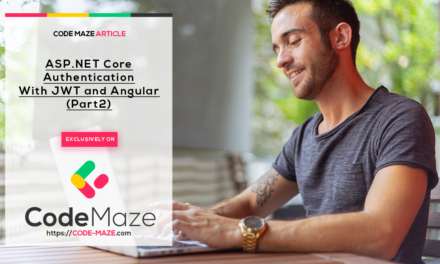