How to Generate Random Numbers From a Range in C# 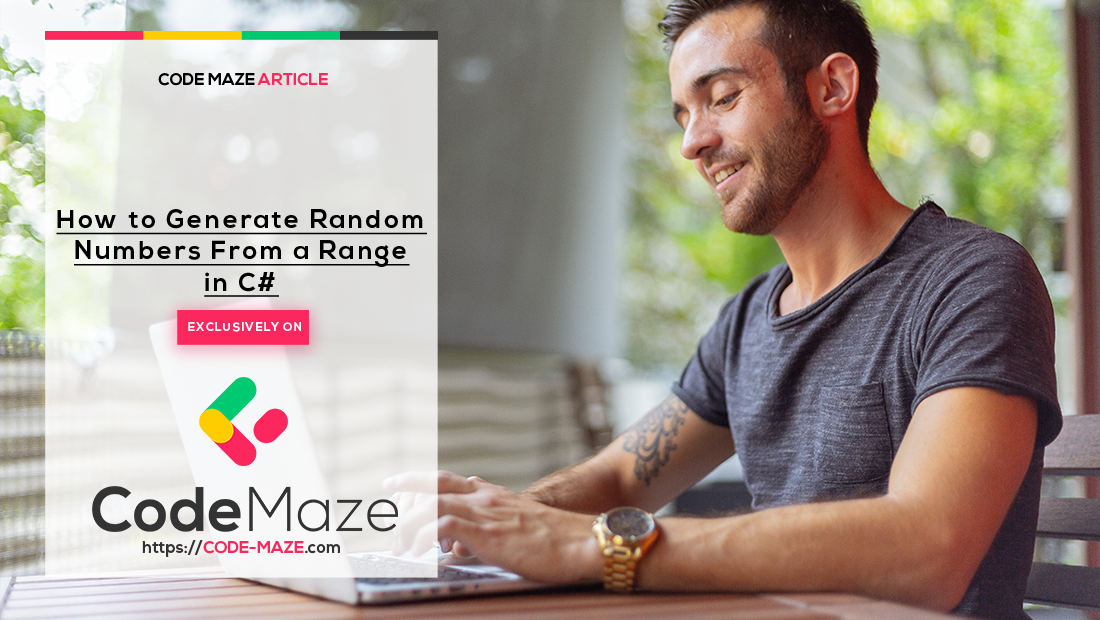 In this article, we are going to be learning how to Generate Random Numbers in C#.

There are two main classes that exist in C# to create random numbers:  Random and RandomNumberGenerator.

Random is a pseudorandom number generator that we can initialize using the new keyword:

We have the option of providing our own seed or allowing the computer to use the system clock time as the seed to produce the required sequence of numbers:

Using the same seed for separate Random objects within the same environment will generate the same series of random numbers.

RandomNumberGenerator is a secure number generator that we can initialize using the Create method:

Notice that we do not provide our own input for generating the random numbers, but that the class will securely handle creating a random number based upon hidden criteria.

How to Generate a Random Integer

Once initialized we can retrieve a random number from the Random class:

We call the RandomNumberGenerator class in a slightly different way:

The parameter specified is the exclusive upper bound — meaning that the random number will be between -1 and the specified upper bound (not including it).

How to Generate a Random Integer from a Range

To accomplish this, we can use an overload of the Random.Next method.   This method has two additional parameters that we can use to specify the upper and lower bound of the generated random number:

Keep in mind that if both upper and lower bounds are the same, the lower bound number will be returned.  Furthermore, this method does allow for the returning of random negative numbers if the lower bound is less than zero.

We can generate a secure random number with a specific number of digits by similarly using an overloaded method that specifies the upper and lower bound of the random range:

For both methods, the first parameter is inclusive while the second parameter is exclusive; meaning that the method could return the lower bound but could not return the upper bound.