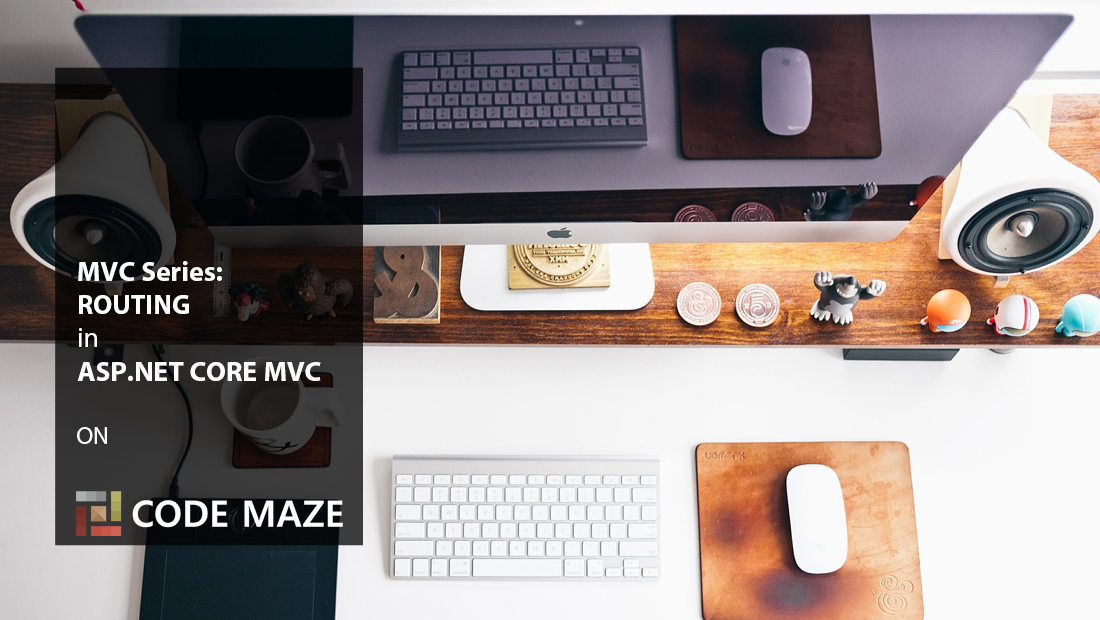 In this article, we’re going to discuss the routing capabilities in ASP.NET Core MVC. We’re also going to learn how to set up routes in two different ways.

Let’s dive into the material.

Routing is the process through which the application matches an incoming URL path and executes the corresponding action methods. ASP.NET Core MVC uses a routing middleware to match the URLs of incoming requests and map them to specific action methods.

We can define the routes either in the startup code or as attributes. They describe how we can match the URL paths with the action methods. We can also use routes to generate URLs for links that are sent out in responses.

There are two types of routing for action methods:

After creating a new project with the default ASP.NET Core MVC template, let’s have a look at the startup.cs class. We can see that the application has configured a default routing in the Configure() method:

Inside the call to UseEndpoints(), we use the MapControllerRoute()  method to create a route by giving the name default.

MVC configures the default route template as {controller=Home}/{action=Index}/{id?}. This will match the Index() method in HomeController with an optional parameter id by default. This can also match a URL path like /Books/Details/5 and will extract the route values { controller = Books, action = Details, id = 5 } by tokenizing the path. MVC will attempt to locate a controller named BooksController and run the action method Details() by passing the id parameter as 5.

Let’s run the application and place a breakpoint in the Index() method of HomeController. We can see that this method is executed by default. This is because we have defined these as the default values in the route.

Now let’s change the default route. For that, let’s add a new controller BooksController with an action method Details() and an optional parameter id:

Then let’s create a view for the Details() action method:

Once these are in place, let’s change the default route in the startup class:

Now let’s run the application once again. We can see that the call goes to Details() method of the BooksController by default: 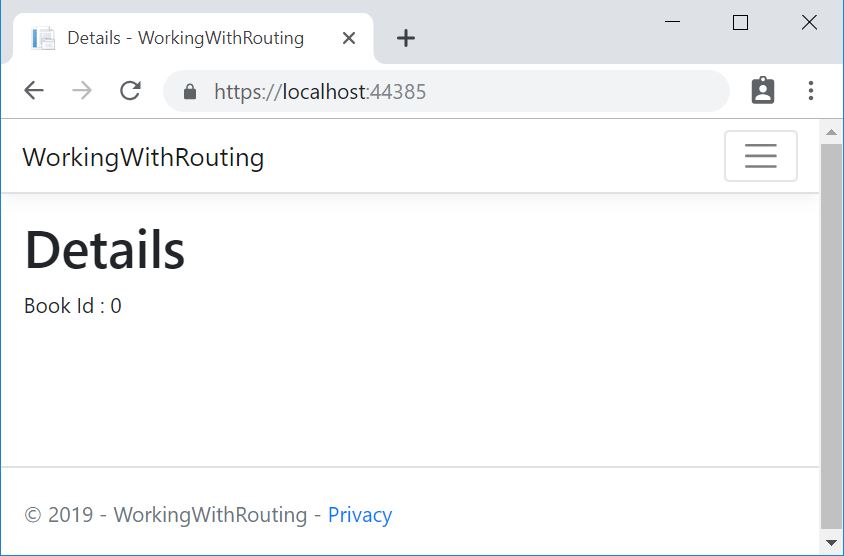 We can add multiple routes inside UseMvc() by calling MapRoute() multiple times. This allows us to define multiple conventions or to add routes that are dedicated to a specific action:

The blog route here is a dedicated conventional route. It uses the conventional routing system but is dedicated to a specific action. Since controller and action don’t appear in the route template as parameters, they can only have the default values, and thus this route will always map to the action method BlogController.Article().

Routes in the route collection are ordered and will be processed in the order we add them. So in this example, MVC will try the blog route before the default route.

It is always good to specify a route name while creating the routes. It gives the route a logical name so that we can use the named route for URL generation.

So far, we have looked at how to configure the Conventional Routing. Next, let’s learn about Attribute Routing.

By placing a route on the controller or the action method, we can make use of the Attribute Routing feature.

Let’s modify the Configure() method in the startup.cs class and remove the default routes that we had defined earlier.

We have specified the URL paths /, /Home, or /Home/Index for the BooksController.Index() action and /Home/Details/{id} for the Details() method. When using Attribute Routing, the controller name and action method name plays no role in selecting which action method to execute.

We can also use Http[Verb] attributes for Attribute Routing:

Attribute routes support token replacement by enclosing a token in square-braces ([, ]). The tokens [action], [area], and [controller] are replaced with the values of the action name, area name, and controller name from the action where the route is defined:

In this section, we’ve learned how to configure Attribute Routing. Now let’s look at how to specify multiple routes as attributes.

Attribute routing supports defining multiple routes that reach the same action. The most common usage of this is to achieve the functionality of the default conventional route:

In the next part of this series, we’ll look into file upload in ASP.NET Core MVC, so stay tuned.