Testing Controllers with Unit Tests and Moq in ASP.NET Core 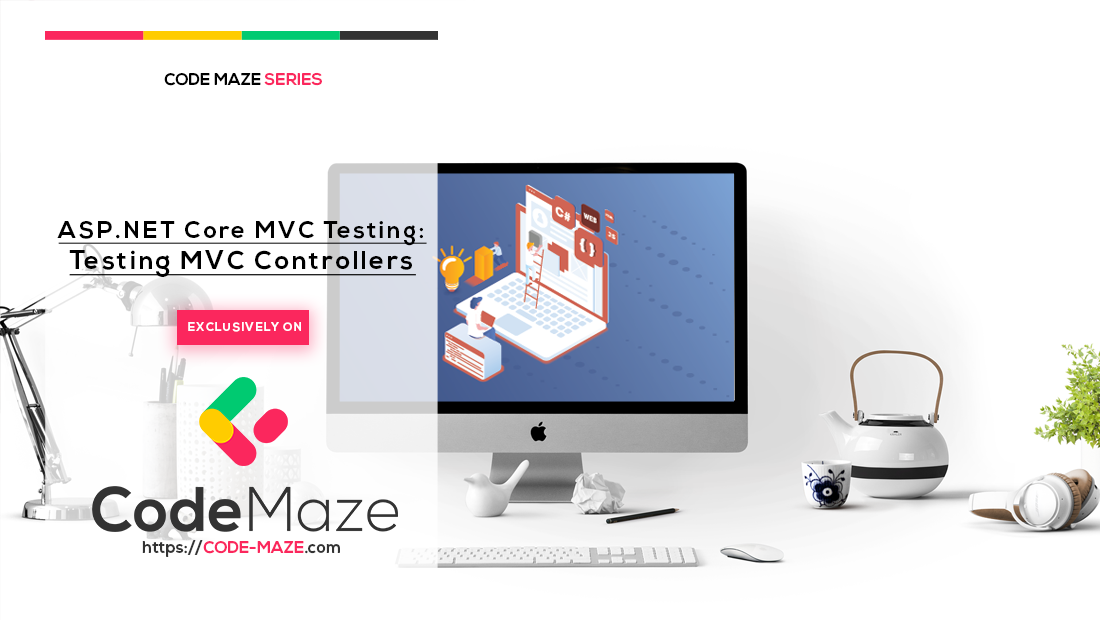 In the previous article, we learned how to write Unit Tests by using the xUnit and the different attributes that xUnit provides for us. We’ve also seen how to test validation rules inside a single validation class.

But what about controllers and all the actions inside? Can we write tests for them too?

In this article, we are going to talk more about testing controllers in ASP.NET Core applications by using Moq and unit tests.

For the complete navigation of this series, you can visit ASP.NET Core Testing.

So, let’s get going.

Before we start, let’s take a look at the EmployeesController’s constructor code:

As you can see, we are using Dependency Injection to inject the interface into our controller. So basically, our controller has a dependency on the repository logic through that injected interface.

And there is no problem with that approach at all, it is even recommended. But when we write tests for our controller or any other class in a project, we should isolate those dependencies.

There are several advantages to isolating dependencies in a test code:

Of course, there are additional reasons to isolate dependencies in test code, but you get the point.

That said, let’s install the Moq library in the EmployeesApp.Tests project:

After the installation completes, we are going to create a new Controller folder in the same project and add EmployeesControllerTests class.

We create a mock object of type IEmployeeRepository inside the constructor, and since we want to test the controller logic, we create an instance of that controller with the mocked object as a required parameter.

And there you go. Everything is prepared, and a dependency is mocked, so all we have to do is to write some tests.

If we take a look at the Index action in the EmployeesController class, we can see that we fetch all employees from the database and return a view with those employees:

As a result, we can write a couple of tests to verify that this action is doing exactly what it is supposed to do. Also, you will see that testing controllers with unit tests is not that hard at all.

In the first test, we are going to verify that the Index action returns a result of type ViewResult:

So, we are executing the Index action from our controller and accepting the result inside the result variable. After that, we check the type of the returned result with the IsType method. If the result is of the ViewResult type the test will pass, otherwise, it will fail.

Let’s run the Test Explorer window and find out the result:

We can see that our test passes and that the result is of ViewResult type.

Now, let’s continue by writing another test method to verify that our Index action returns an exact number of employees:

After we store the result of the Index action, we check the type of that result, the type of the model object inside that result, and finally the number of employees by using the Equal method. All three verifications have to pass in order for the test to pass, otherwise, the test will fail.

Once we run the test, we can see it passes and we verify that the Index action returns exactly two employees.

We have two Create actions in our EmployeesController class, the GET, and the POST action. The first action just loads the Create View and that is something we have to test.

We already had a test like this, just with the Index action, so, there is nothing new about it. If we run Test Explorer we can verify that the test passes.

Let’s move on to the second Create action, the POST one. In that action, we have a model validation and if it is invalid we return a view with the employee object.

So let’s test that:

We have to add a model error to the ModelState property in order to test an invalid model state.

After that, we create a new employee without the Name property, which makes it invalid as well.

Finally, we call the create action and execute a couple of assertions.

With assert statements, we verify that the result is of type ViewResult and that the model is of the Employee type. Additionally, we are making sure that we get the same employee back by comparing property values from the testEmployee and the employee objects:

Let’s write one additional test to verify that the CreateEmployee method, from our repository, never executes if the model state is invalid:

The first three lines of code are the same as in the previous test method, we add a model error, create an invalid employee object, and call the Create action from our controller.

Of course, in that action, we have the CreateEmployee method which shouldn’t be executed if the model is invalid. That is exactly what we verify with the Verify method from the mocked object. By using the It.IsAny<Employee> expression, we state that it doesn’t matter which employee is passed as a parameter to the CreateEmployee method. The only important thing is that the parameter is of the Employee type.

The last parameter of the Verify method is the number of times our method executes. We use Times.Never because we don’t want to execute the CreateEmployee method at all if the model state is invalid.

You can run the test to see that it passes.

If we modify the test code by placing the Times.Once instead of Times.Never the test will fail for sure. The message that you get explains pretty well what is the problem and why the test fails.

Testing if Model is Valid in the Create Action

If the Model State is valid the CreateEmployee method should be executed just once:

Additionally, we verify that the emp object is the same as the employee object provided to the Create action.

Finally, let’s run that in the Test Explorer:

One more test to go:

If we take a look at the Create action in our controller, we are going to see that after creating a new employee, we redirect a user to the Index action.

Well, that is exactly what we’ve successfully tested in our test method.

That is it. As you can see, testing controllers can be quite an easy job when you have the right tool to do that. We have used the Index and Create actions to show you how to test our controller and actions inside it, but all the rules can be applied to other types of Actions (PUT, DELETE…).

So, to sum up, we have learned:

In the next part, we are going to talk about integration tests and how to create an in-memory database.