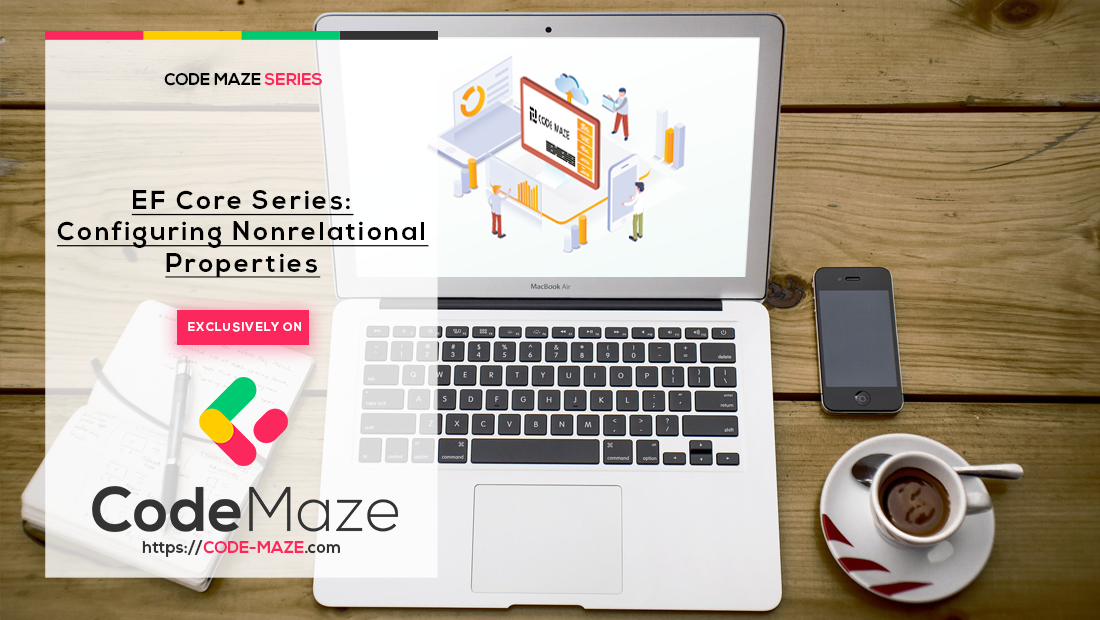 You can download the source code for this article on our GitHub repository.

To see all the basic instructions and complete navigation for this series, visit Entity Framework Core with ASP.NET Core Tutorial.

There are three approaches to configuring Entity Framework Core:

Configuration by convention means that EF Core will follow a set of simple rules on property types and names and configure the database accordingly. This approach can be overridden by using Data Annotations or Fluent API approach.

As we already mentioned, EF Core configures the primary key field from our Student model class by following the naming convention. This means that property is going to be translated as a primary key in the database if it has an “Id” property name or a combination <Name of a class> + Id (as it is a case with our StudentId property): 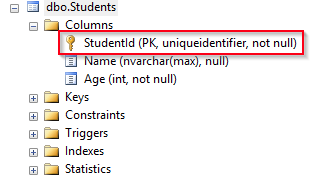 If we have a composite key in our class, we can’t use the configuration by Convention. Instead, we have to use either Data Annotations or Fluent API.

When using configuration by convention, the nullability of a column is based on the property type from our model class. When EF Core uses configuration by convention it will go through all the public properties and map them by their name and type. So, this means that the Name property can have a Null as a value (because the default value for a string type is null) but the Age cannot (because it is a value type): 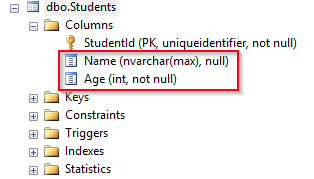 Of course, if we want the Age property to be nullable in a database, we can use the “?” suffix like so (int? Age) or we can use generic Nullable<T> like so (Nullable<int> Age): 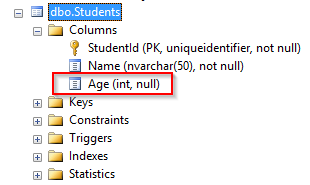 Data Annotations are specific .NET attributes which we use to validate and configure the database features. There are two relevant namespaces from which we can get the annotation attributes: System.ComponentModel.DataAnnotations and System.ComponentModel.DataAnnotations.Schema. Attributes, from the first namespace, are mostly related to the property validation, while the attributes from the second namespace are related to the database configuration.

So, let’s see the Data Annotation configuration in action.

Let’s start by modifying the Student class, by adding some validation attributes:

With the Required attribute, we are stating that the Name field can’t be nullable and with the MaxLengh property, we are limiting the length of that column in a database.

So, from this example, we can see how Data Annotations override configuration by Convention. Let’s see the result: 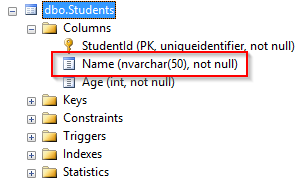 We can add additional modifications to the Student class, by adding the [Table] and [Column] attributes:

If a table, that we are mapping to, belongs to the non-default schema, we can use the [Table(“TableName”, Schema=”SchemaName”)] attribute, to provide the information about the required schema.

We can also provide the Order and the Database Type of the column with this attribute [Column(“ColumnName”, Order = 1, TypeName=”nvarchar(50)”)].

After these changes in our class, our table is going to have the same key field but a different name: 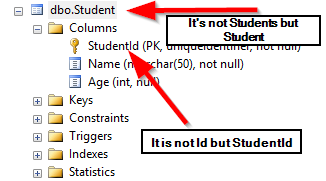 The Fluent API is a set of methods that we can use on the ModelBuilder class, which is available in the OnModelCreating method in our context (ApplicationContext) class. This approach provides a great variety of the EF Core configuration options that we can use while configuring our entities.

So, let’s create the OnModelCreating method in the ApplicationContext class and add the same configuration as we did with the Data Annotations approach:

In the beginning, we are selecting the entity to configure and with the Property method, we are specifying which property we want to add the constraint on. All the other methods are pretty self-explanatory.

OnModelCreating is called the first time our application instantiates the ApplicationContext class. At that moment all three approaches are applied. As you can see, we haven’t used any method for the primary key, but our table has it nevertheless due to the naming convention: 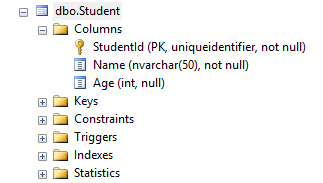 Excluding Entities or Classes from the Mapping

We have been talking about how Entity Framework Core maps all the properties into the table columns. But sometimes we might have some properties that we need in our class but we don’t want it as a column inside a table. Let’s see how to do that with the Data Annotations approach:

The [NotMapped] attribute allows us to exclude certain properties from the mapping and thus avoid creating that column in a table. We can exclude a class as well if we need to:

Of course, we can do the same thing via the Fluent API approach:

So, to configure a PrimaryKey property via the Data Annotations approach, we have to use the [Key] attribute:

If we want to use the Fluent API approach, we have to use the HasKey method:

For the composite key, we have to use only the Fluent API approach because EF Core doesn’t support the Data Annotations approach for that.

Let’s add an additional property to the Student class, just for the example sake:

Now, we can configure the composite key:

So, we are using the same HasKey method, but we create an anonymous object that holds both key properties. This is the result: 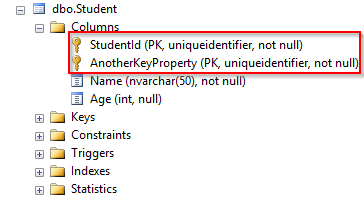 Working with Indexes and Default Values

We are going to use the Fluent API approach to add indexes to the tables because it is the only supported way.

To add an index to the required property, we can use a statement like this:

For the multiple columns affected by index:

If we want to use a named index:

Adding unique constraint will ensure that a column has only unique values:

Additionally, we can configure our properties to have the default values whenever a new row is created. To show how this feature works, we are going to add an additional property to the Student class:

Now, we can configure its default value via the Fluent API:

This should be the result: 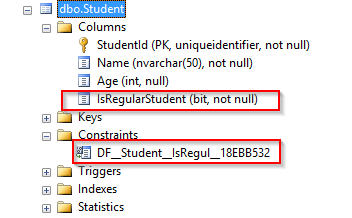 Entity Framework Core does an awesome job in configuring our database by using the rules that we provide. Since now we know three different configuration approaches it can get a bit confusing which one to use.

So, here are some recommendations.

We should always start with the configuration by Convention. So, having the same class name as the table name, having a name for the primary key property that matches the naming convention and having the properties with the same name and type as the columns, should be our first choice. It is quite easy to prepare this type of configuration and it is time-saving as well.

For the validation configuration, such as required or max length validation, you should always prefer the Data Annotations over Fluent API approach. And here’s why:

So, we have covered different configuration features that EF Core provides us with. Of course, there are additional configuration options related to Data Annotations and Fluent API, and the series is far from over, so we’re going to mention a few of them later on.

In the next part of the series, we are going to learn about Migrations in EF Core and the Migration features provided by EF Core. So, stay tuned.